The Mt. Hope Cemetery Veteran's Memorial was dedicated in 2006 to honor area veterans and is inscribed: 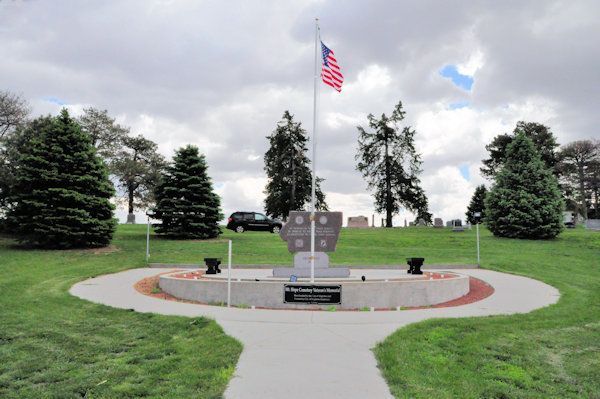 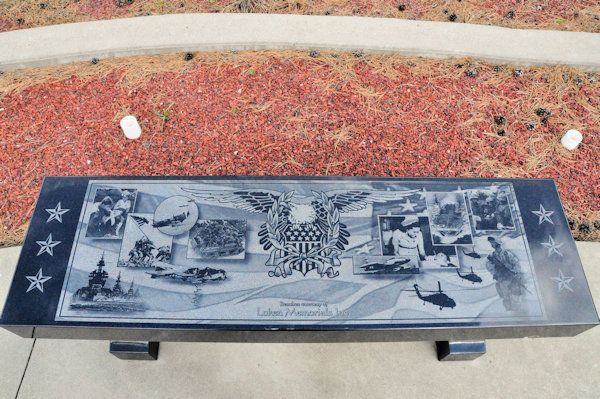 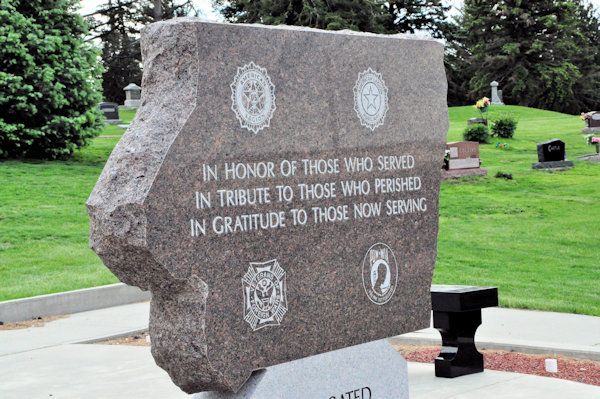 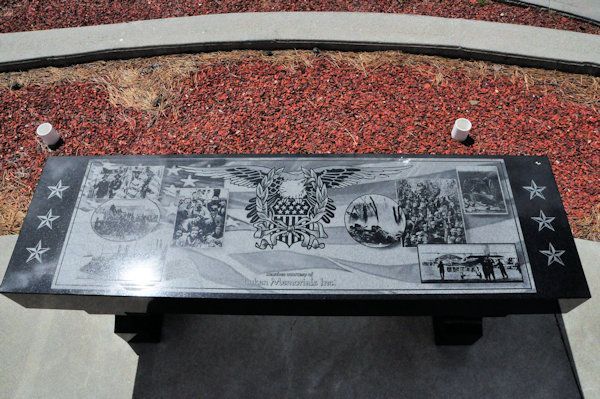 In the late 1880s, believing that there was a great need for a new cemetery which could be close to the town of Mapleton, a group of private citizens secured the land which is today know as Mt. Hope Cemetery. On April 9, 1889, an association was formed to develop a cemetery near Mapleton. One of the men who had envisioned the cemetery, J. D. Rice, died before the association was formed, but he was the person who chose the name “Mount Hope”. The initial area for the cemetery comprised fifteen acres. Randall & Newcomb of Sioux City surveyed and laid out the lots. They also designed the cemetery to include avenues, foot walks, and driving areas. Young trees were planted early in the cemetery’s development. The first officers of the cemetery board were: C. I. Whiting, President; James Garrison, Vice President; F. Griffin, Treasurer, and T. B. Lutz, Secretary. The Board of Directors included each of the officers and Mrs. Celecta Rice, N. T. Wood, and John W. Smith. Many local residents purchased lots in the new cemetery. One of the rules established by the board said,“Drivers of any vehicle must always keep to the right on avenues, and remain near their horse or horses and not leave them standing alone, nor shall they turn on any avenue, but drive around the block on their way out of the cemetery, and must keep in the avenues.”

In March of 1929, the Community Club agreed to furnish material to surface the road if the city would grade the road to Mount Hope. Fifteen train carloads of cinders costing $20 a carload would be needed. The project was hailed by everyone as a long needed improvement for the town.

It was not until 1933 that the owners of the cemetery turned the property over to the city and it became city property. Officials of the town agreed to maintain the cemetery in return for the gift to the town. A tax levy was made to pay for the upkeep and improvements to the cemetery.

Our cemetery is the final resting place of many of Mapleton’s residents - each of them making their own contribution to our community’s history.

Mt Hope Cemetery is owned and maintained by the City of Mapleton, a record of people buried in Mt Hope Cemetery is available at Mapleton City Hall, 513 Main Street. Some of the information available is individuals full name, date of birth, date of death and the original obituary. City hall hours are 8-5 Monday - Friday.